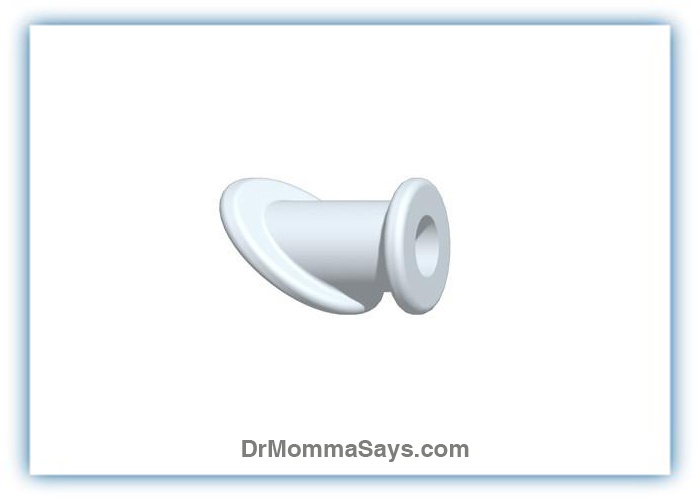 Ear infections represent one of the most common childhood illnesses. They typically occur when a child gets a cold or has allergy attack that causes swelling in the nose. Once nasal swelling happens, the eustachian tube closes and traps fluid behind the eardrum. I have already shared valuable information addressing ear infection myths, tips to prevent ear infections and 4 of the big, scary complications of ear infections! Although most ear infections resolve on their own or with antibiotics, some do not drain and require ear tubes to be inserted.

What are ear tubes?

Ear tubes are tiny, hollow cylinders, often made of plastic or metal, that are surgically placed in the eardrum by an Ear Nose and Throat (ENT) surgeon (Woohoo, that’s me!). This tube creates a hole that allows air to get into the middle ear and stops the collection of fluid behind the eardrum.

Tubes serve as a temporary drainage tube until children grow and their eustachian tubes mature. All tubes are supposed to come out but some are designed to last longer than others. There is no such thing as a permanent ear tube! Be sure to check out my podcast about what you should (and should not) expect from ear tubes!

What are the different names for ear tubes?

The simple term “Ear tubes” is the most common term used to describe the drainage tubes inserted into the eardrum. However, there are several other names you might also hear, and they all mean the same thing! Some of the other names include: 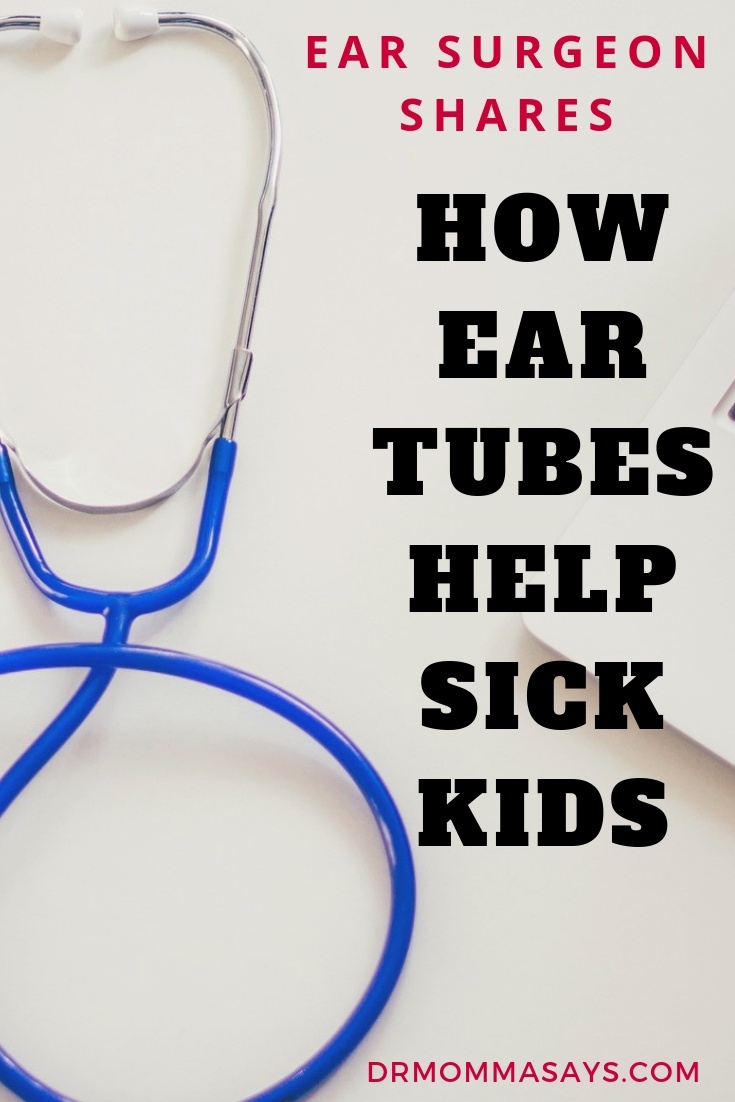 Regardless of the name used, the meaning is the same. Shakespeare said it best when he coined the phrase for Romeo and Juliet.

“What’s in a name? That which we call a rose. By any other name would smell as sweet.”

Regardless of what name is used, ear tubes temporarily bypass the eustachian tube and allow the middle ear to be filled with air instead of fluid.

What are some different types of ear tubes

Many different ear tubes exist. The color of the tube has no significance on the tube function. Designers create lots of new tubes with fancy features such as antibiotics made into the plastic, a filter in the center of the tube and slowly dissolving ear tubes.

These gimmicks do not significantly change the end result of the ear tubes. The tubes simply provide drainage.

As I previously stated, all tubes are designed to be a short-term solution. The tubes fall out on their own or need to be removed. Ear tubes typically last from 6 months to several years, depending upon which tube is used.

In my practice, 80% of patients under age 3 outgrow their problems, and I don’t see them again after the tubes are gone.

The other 20%… well they fill my practice, and we become besties! These children usually have some other problem (in the nose) which continues to impact the eustachian tube.

Why do some kids need ear tubes inserted more than one time?

The nose is the key to the ear!

The above statement is a special Dr. Momma phrase! I say this every single day to my patients, so feel free to use it as needed! The basic meaning is that you must control symptoms in the nose if you want long-term control over ear infections. 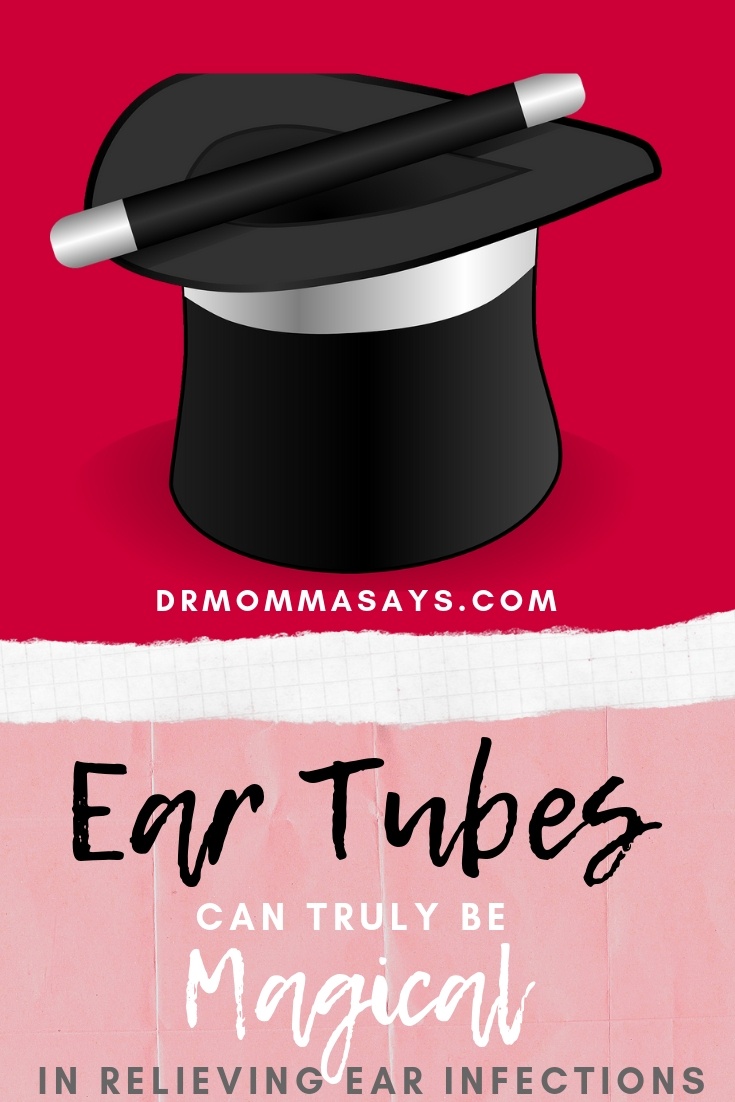 Young babies seem to have colds all the time. A recent article in the December 2016 issue of the Pediatric Infectious Disease Journal described what I see in my patients.  Toddlers under age two commonly had cold symptoms for 44 days; however, some kids had symptoms for 100 days each year!

This huge number of viral infections explains why that drippy nose frequently causes ear infections in young kids. However,  these large numbers do not continue for your 3, 4 and 5-year-old kids. Something else is probably happening. These are my long-term patients!

Children undergo ear tube surgery for a variety of reasons. One mom writes about her experience with all four children needing tubes. Usually, parents and their pediatrician agree that the child has been seen and treated for too many infections.

A consultation with the ENT physician is then made. Every patient referred to ENT does NOT need tubes. An accurate history provides the most valuable information. Please do not forget the lessons learned about what is needed during a consultation with a physician specialist!

Generally speaking, the number of ear infections or length of time that ear fluid stays behind the eardrum are the two main indications for ear tube placement.

1. Too many ear infections in a specific period of time

Roughly, 3 ear infections in 6 months or 4 in 12 months meets the basic criteria. Usually, pediatricians continue to treat them beyond these numbers in hopes of finding a way to control the recurrences.

2. Ear fluid remains behind the eardrum too long

Typically, ear fluid that fails to drain for 3 consecutive months meets the basic criteria. However, other factors are considered and may allow for delaying surgery. An assessment of speech, language and learning can add valuable information.

Also, long term ear fluid can be associated with sensory processing disorders even after ear infections no longer occur.

When children have multiple antibiotic allergies, it is wise to avoid the repeated use of these medications because you do not want a resistance to develop to the few antibiotics the child can take. Likewise, debilitating diarrhea or colon infections may be better controlled when antibiotics are no longer needed.

4. Febrile seizures with each infection.

Some children routinely develop high fevers with ear infections which can trigger a seizure. Ear tubes often serve as a means to avoid recurrent infections and fevers. 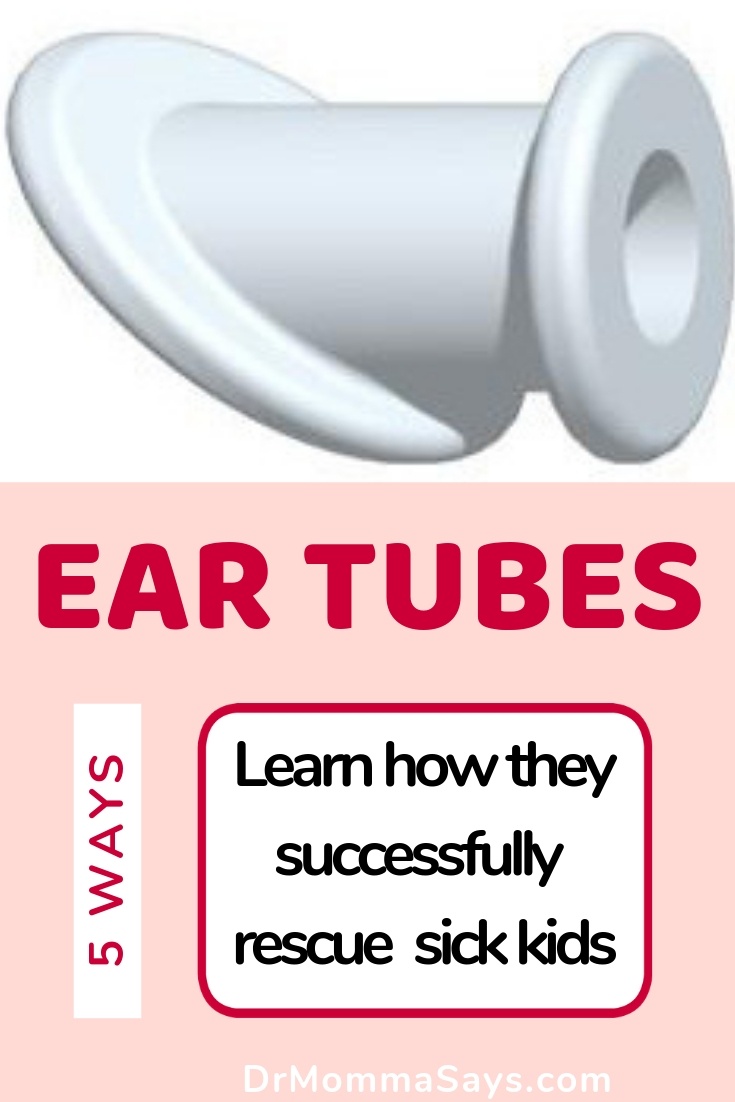 These are the rare complications which require urgent ear tube insertion. If the infection becomes trapped in the bone surrounding the middle ear, a risk for meningitis, brain abscess or permanent hearing loss may result. Immediate surgical drainage to relieve the pressure is indicated.

Ear tubes can be an amazing treatment for many children; while other children continue to have repeated illnesses.  Parents need to have appropriate expectations for what ear tubes will and will not do to help their child.  When your child is referred for an ENT consultation, you should understand that ear tubes may be suggested. With that being said, please avoid crying in front of your child about the possibility of surgery. I address common ear tube questions, ear tube myths and ear tube complications in separate posts.

Learn the Truth Behind 5 Ear Infection...

5 Fantastical Ear Tube Myths You Should...

7 Ear Infection FACTS Every Mother Should...

8 Ways to Reduce Ear Infections in...