Home 4 Severe Strep Throat Complications You Need to Know About

4 Severe Strep Throat Complications You Need to Know About 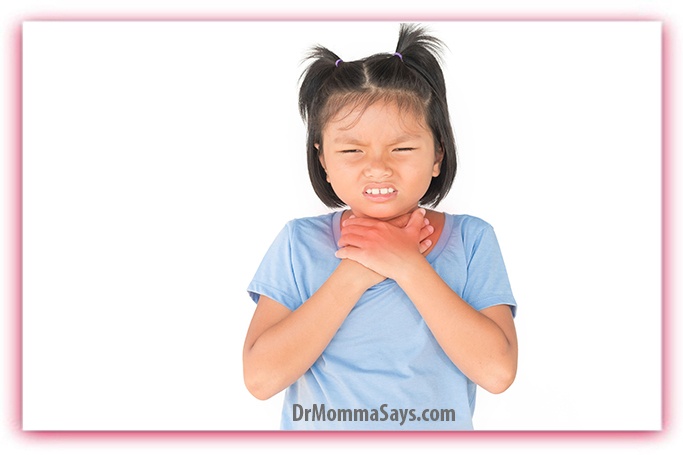 Ep. 25: Severe Strep Throat Complications You Need to Know About

This episode of the Dr. Momma Says podcast will discuss strep throat, which is a common cause of throat pain. I have previously discussed that most tonsil infections are caused by viruses, but when they are caused by bacteria, antibiotics are useful. Strep throat is more than a simple tonsil infection and many parents assume it is a simple illness that kids will outgrow. However, it is extremely important to know that in both kids and adult, there are some potentially severe or life-threatening Strep throat complications that exist.

What is Strep Throat?

There are lots of bacteria that cause Strep infections, like the common one I previously discussed in my ear infections podcast episode, one that leads to many ear and sinus problems.

The point is…there are many Strep infections but Group A strep is the one we all get concerned about in the throat, so when we say Strep, we mean Group A strep.

So Strep affects tonsils AND the throat! 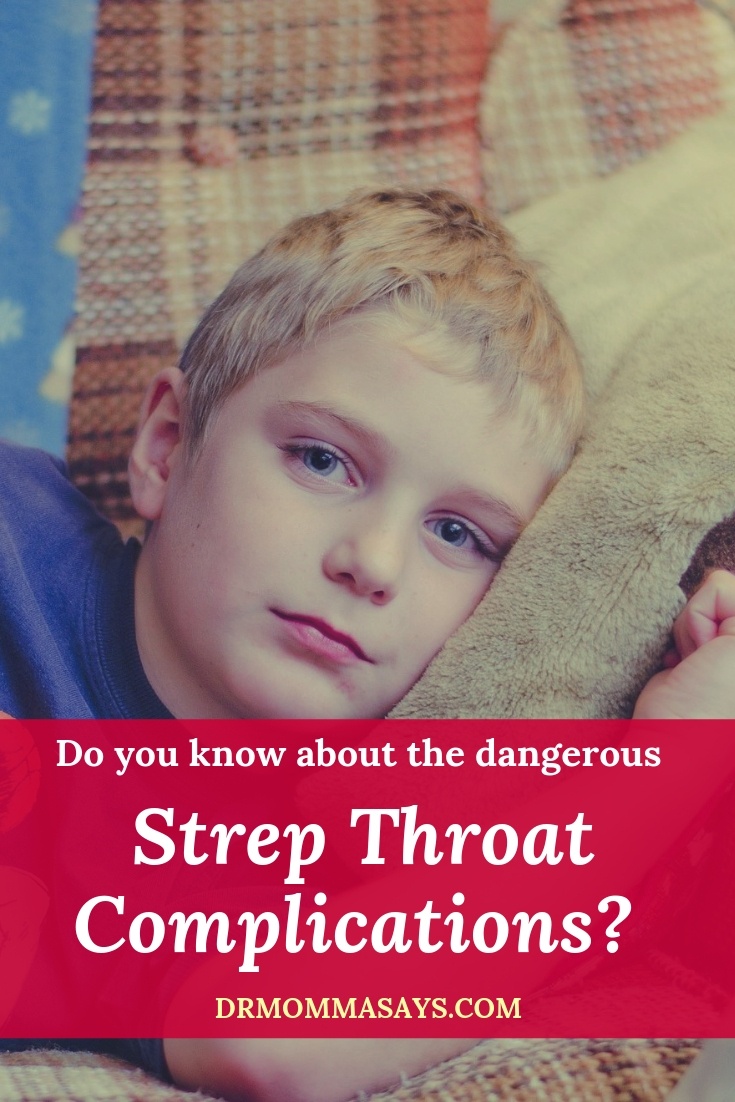 ANYWAY…The concept that Strep throat is more than Strep tonsillitis IS an important concept because many people have their tonsils removed but continue to have Strep throat infections. Therefore, these people are still at risk of developing severe strep throat complications.

Who Gets Strep Throat?

Anyone can get Strep throat, but there are some factors that can increase the risk of getting this common infection.

It is more common in children than adults and usually occurs between ages 5 and 15 years old. It is rare in children younger than 3 years old, but as a Peds ENT, I have seen more than my fair share of toddlers with Strep.

Adults who are most at risk for Strep throat include:

How Do You Get Strep Throat?

Group A Strep usually causes symptoms when it enters the nose or mouth, but it can also live in these areas without causing disease.

And of course, just because you are exposed to the illness doesn’t mean you will catch it. This is true of most infectious problems.

Okay back to the topic at hand….Strep

It is a rather aggressive bacterium and can easily spread to other people.

To be honest, many patients I see with recurrent Strep throat do not even complain of a sore throat! Headache and stomach ache are two of the most common symptoms, and parents often think there is a viral infection. This explains why many kids can develop an infection and not receive the treatment that could prevent severe Strep throat complications!

How Do You Diagnose Strep?

Even though physicians may be suspicious that Strep is the problem, you cannot absolutely know if someone has strep throat just by looking at his or her throat.

Only a rapid strep test or throat culture can determine if group A strep is the cause.

Patients need to make sure they follow up to get those test results because an untreated infection leads to a greater chance of developing one of the Strep throat complications.

How Do You Treat Strep Throat? 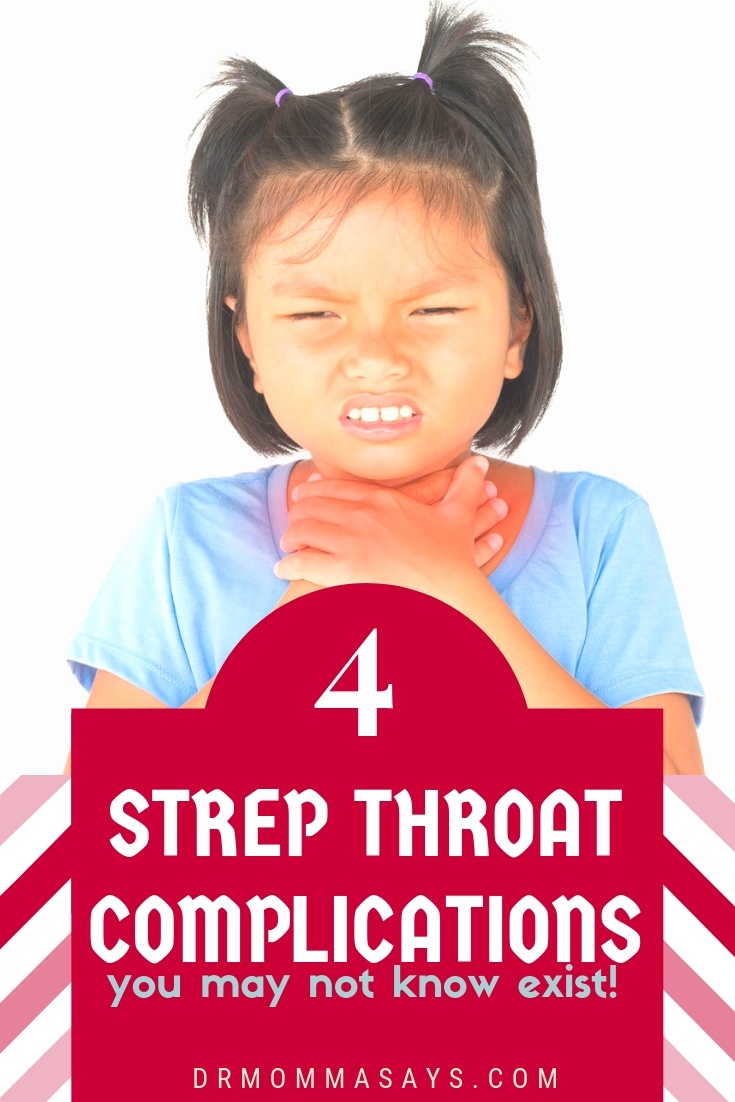 Physicians are constantly sounding the alarm to avoid asking for antibiotics so we can avoid over-prescribing them. But antibiotics are valuable assets for treating the appropriate diseases. And this is one!

Antibiotics are used to treat Strep and generally work very fast. Most people start to feel better within 24-48 hours.

Either penicillin or amoxicillin is recommended as the first choice for people who are not allergic to penicillin. We usually use other antibiotics if there is a penicillin allergy or if we think we need to treat more complex infections at the same time…like that sinus infection or ear infection.

So, what about those people who test positive for Strep throat but have no symptoms? These are the people often called a “carrier”. Most of the time, these people do not need antibiotics because they do not tend to be at risk for Strep throat complications. Listen to the podcast to hear more about the problem with treating Strep carriers.

Why are Antibiotics Used for Strep?

It is true that Strep throat can resolve without antibiotics but there are some very clear benefits to using antibiotics, such as:

They are not common, but they can happen and when they do, it can be a big deal. Or a huge deal.

Abscesses (pockets of pus) around the tonsils

How Can You Prevent Strep Throat complications? 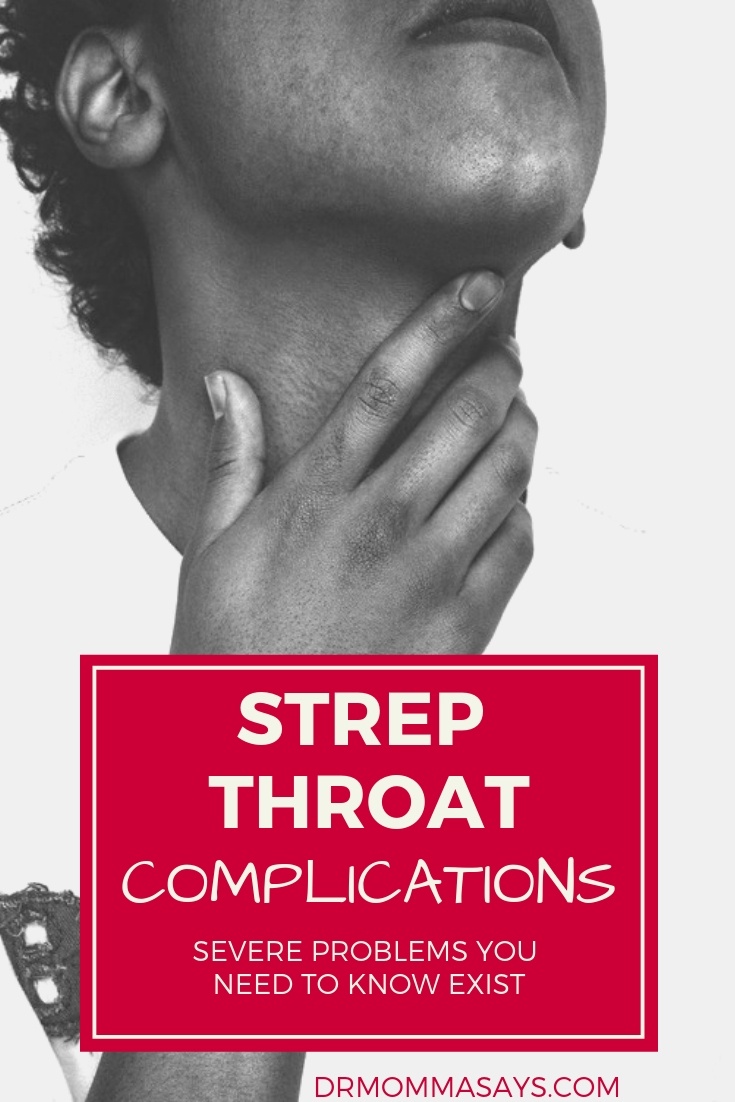 People can get Strep throat more than once because getting Strep throat does not protect you from getting it again. Wouldn’t it be great if there were a vaccine to prevent Strep throat complications? Well, there isn’t. So, doing things to prevent the spread of any illness is helpful here. Basically, use good hygiene.

Simple to Life-Threatening Headache Causes You Need to Know

Thank you for this episode about strep. I am a grandmother of 9, and I am constantly surprised and worried about new disease diagnoses that my grandchildren are exposed to – or show possible symptoms of. PANDAS is especially worrying because of the neurological effects. My daughters (their mothers) and I look forward to your podcast on this subject and best treatment.

Yes, PANDAS has so many different symptoms that it can be hard to recognize especially when there is not a clear association with Strep Throat. I have spoken to many physicians and there is still no consensus about this problem. I’m still researching the subject, so be sure to subscribe to my blog so you are updated once my episode is launched.

I agree that there are significant complications from strep throat. There are other abscesses, such as retropharyngeal and lymph nodes that should also be mentioned. However, post-strep glomerulonephritis can not be prevented through treatment. If you’re boing to get it, you’ll get it despite antibiotics. It is also usually caused by skin infections, not throat.

Thanks for your comments! Yes, there are other abscess areas but I have found that the retropharyngeal ones are typically in toddlers and infants who most commonly don’t have Strep. Peritonsillar abscesses are much more common. And indeed, many of these complications occur in people at risk, not just to anyone. I guess I wanted to point out that Strep Throat is serious. Many of my patients do not get tested because they think if it is Strep, it will not go away on its own. Understanding the risks that could happen will hopefully bring awareness to the reasons physicians perform the Strep Test that some parents think is not needed!

Thank you so much for your insight on strep! More information on the neurological side effects (PANDAS) would be appreciated.

Oh yes! I have started this episode several times but it is like going down a rabbit hole since many aspects are not agreed upon. I want to introduce the ideas and talk about how physicians utilize the information to decide on treatment since the symptoms and results vary so much between patients.