Everything You Need to Know about Different Sleep Apnea Types 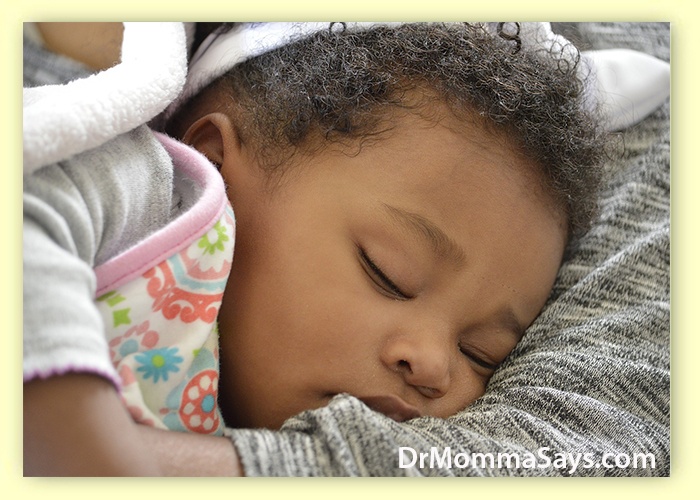 Most people have heard about sleep apnea but there is much confusion about what it actually means.  Despite the different sleep apnea types, they each involve a person who pauses or stops breathing at different times while sleeping. 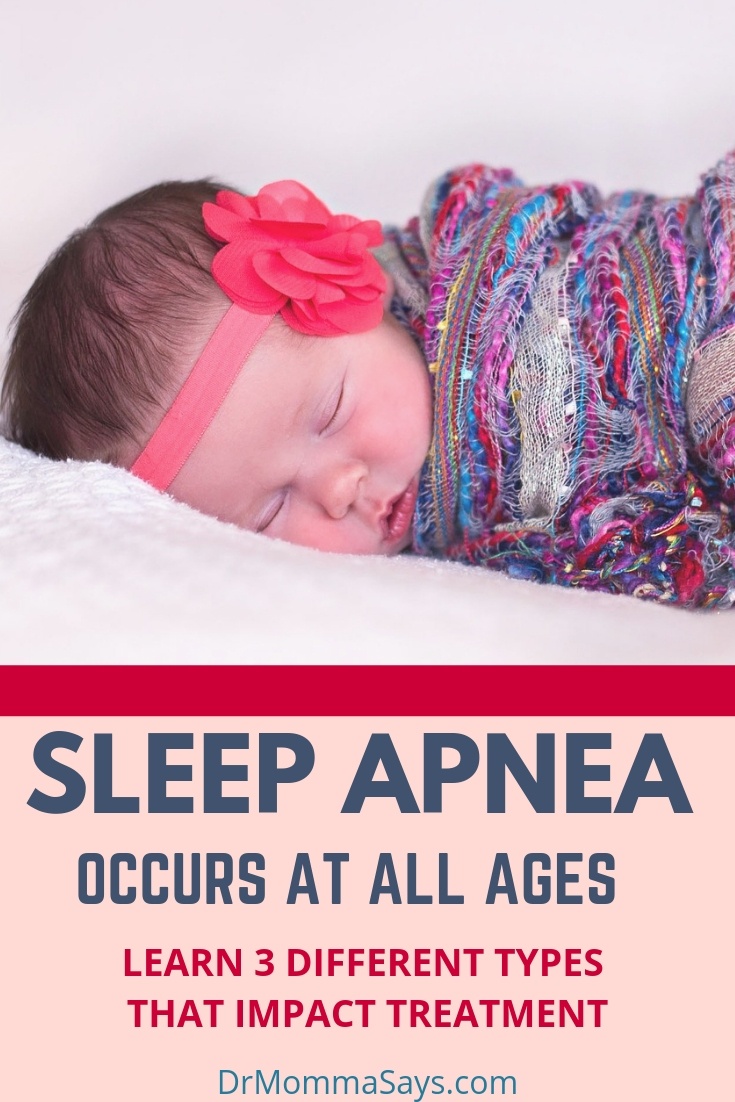 We typically think about this problem whenever we think about snoring and poor sleep. Sleep apnea is a really common sleep disorder in both kids and adults.

Each time there is a pause in breathing,  people usually reposition themselves and frequently become a restless sleeper.

This movement causes them to partially awaken from sleep to allow the brain to come back from the deeper stages of sleep so it can get the body back to breathing again.

These pauses in breathing can happen from a few times to hundreds of times each night!

The pauses are counted as the number of times they occur each hour, and the more they occur, the worst the quality of sleep becomes.

Obviously, the more times the pauses happen, the more severe the disease becomes; consequently, a wide range of health problems begin due to worsening sleep apnea.

What are the different sleep apnea types?

Generally, when people discuss sleep apnea they are talking about the most common type, obstructive sleep apnea. However, it is important for everyone to know there are three distinct types.

Understanding the sleep apnea types is important to accurately diagnose the problem.  Despite the presence of apnea, the treatment options and the treatment success rates are very different.

What is obstructive sleep apnea (OSA)?

As mentioned, obstructive sleep apnea is the most common form of sleep apnea.  OSA is believed to affect approximately 4% of men and 2% of women while impacting about 3% of children. Unfortunately, only the most severely impacted people seek medical care. Overall, it is believed that only about 10% of people with OSA are seen and treated by their physicians. This leaves many impacted adults and children who live their lives suffering from an undiagnosed problem.

As  Pediatric ENT surgeon, every day I meet families who have felt that something was wrong with their child but that the symptoms were “not that bad”. Yet during our conversations, they repeatedly report problems that they hoped the kids would outgrow. Once the diagnosis is made, there are often tears of joy as parents can hope for resolution of chronic problems.

Similarly, adults with chronic snoring often just attribute it to aging and fatigue; consequently, some adults are only diagnosed when their job performance fails or when significant health problems arise.

Causes and Risk Factors for OSA

Snoring is the number one symptom of OSA and is caused by partial or complete blockage of the airways during sleep. There are many degrees of snoring from mild soft rhythmic sounds to loud, harsh erratic sounds.

While sleeping, our throat muscles relax and the tongue and/or fatty tissue around the neck fall backward and block the airway.  This causes the obstruction or pauses in the breathing and oxygen is not delivered well to the brain.

Of course, the brain does not like to function without oxygen, so it awakens and signals the body it is time to breathe. That signal often results in loud gasping, choking and snorting sounds to open the blockage. Nope, it is not pretty.

After a breath is taken, the brain returns to sleep, and the process begins once again.  The number of times per hour that these events happen determines the severity of the disease.

In a later post, I will discuss the differences between sleep apnea in children versus adults, but for now, I want to share some basic information about how we define the severity of sleep apnea based on pauses in breathing.

Some other symptoms of sleep apnea may include:

What is Central Sleep Apnea (CSA)?

One of the lesser known sleep apnea types is called central sleep apnea. This sleep disorder happens when the brain fails to send a signal to the muscles which control breathing.  CSA differs from OSA because the brain functioned properly to signal breathing but the air could not reach the lungs due to a blockage.

Of all the cases of sleep apnea, CSA is believed to be 20% or less. This type of apnea is caused by problems that impact the brainstem.  Our brain has our higher human functions located in the cortex, while our brainstem controls the function of our vital organs like the heart and lung.

Causes and Risk Factors for CSA

So apnea is apnea. A person stops breathing and oxygen to the brain is reduced. Regardless of the cause, the body responds to reduced oxygen levels in similar ways; consequently, I will just say the symptoms listed above for OSA will also apply for people who have CSA.

CSA patients can have snoring, but it is not nearly as common or as severe as in OSA.

What is Mixed Sleep Apnea (MSA)? 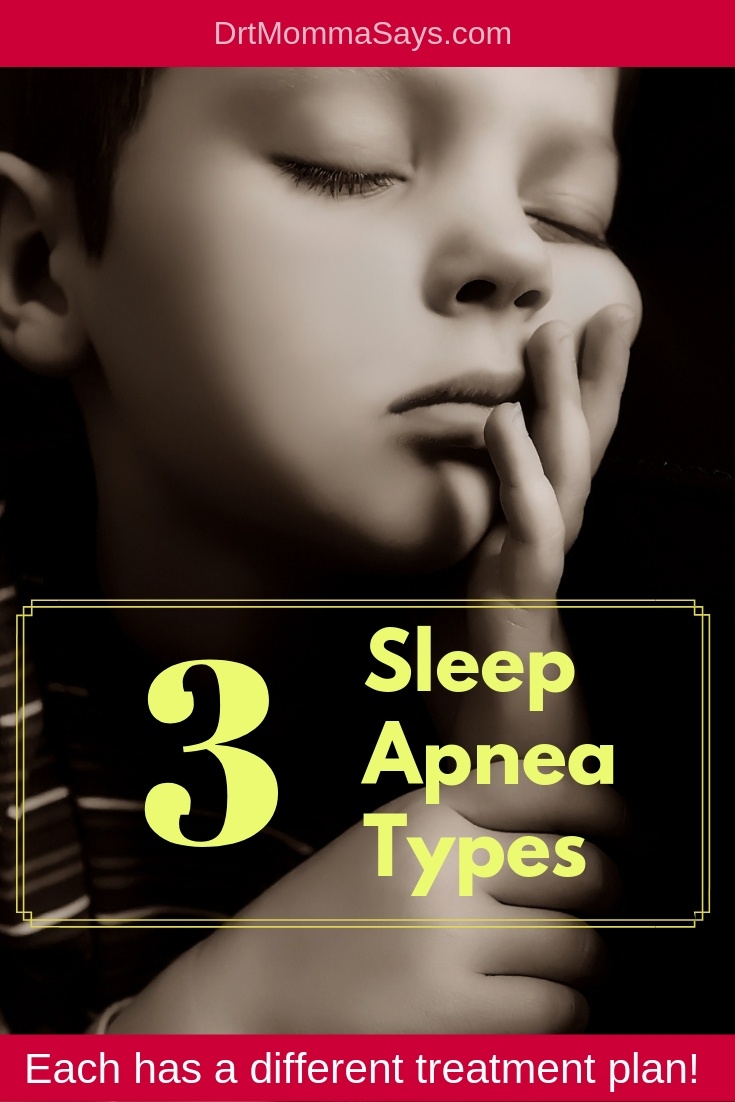 As you would expect, mixed sleep apnea is a combination of both obstructive and central sleep apnea symptoms. Not really rocket science there, but it needed to be said.

Any problems listed above that cause OSA or CSA can be the underlying cause for MSA. Furthermore,  MSA can occur while treating OSA.

MSA, also known as complex sleep apnea, is a relatively new disorder.  Just over 10 years ago, researchers discovered that some patients treated for OSA did not improve and were later found to also have CSA.

The scope of this blog is not to address the treatment of sleep apnea, but I feel it is important to touch on one area.  Some patients with OSA are treated with a machine that forces air into their lungs while they sleep. These are called CPAP machines.

For unclear reasons, when some people are treated with CPAP and their airway is opened, they switch over to show signs of CSA.  This makes treatment difficult for those patients.

Whew! If you made it to the end, give yourself a high five. You are now in a small group of people who fully understand that there are 3 sleep apnea types and that it is necessary to discuss your symptoms with your physician to be accurately diagnosed. 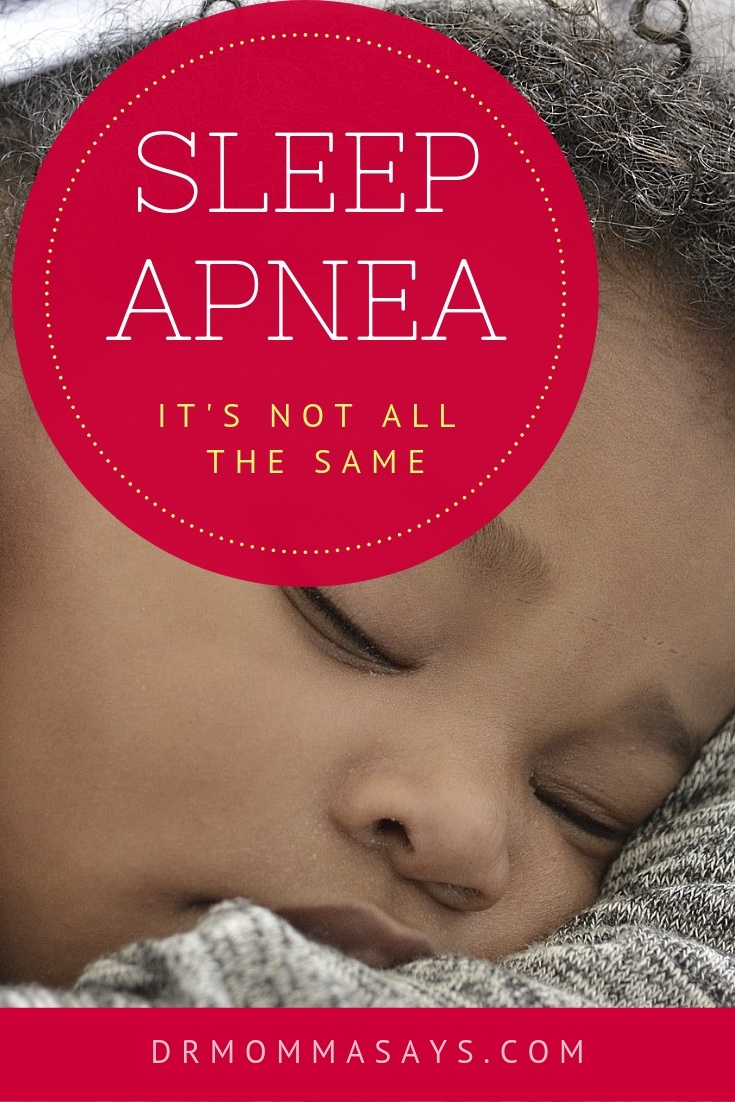 So Your Poor Sleeping Child Snores…Now What?

Fun Facts about the Fabulous Functions of the Nose

So Your Poor Sleeping Child Snores…Now What?

Thank you for posting this. My 5 year old received a diagnosis of obstructive sleep apnea last fall and we have been exploring possible solutions from nasal spray to environmental allergy testing and discussing possible causes (she’s hypotonic, for example), but I think we are circling closer and closer to deciding on surgery. It’s so hard to see her tired so many mornings, but equally hard to imagine putting my sensitive girl into a situation where I know she’ll be so scared, no matter how many times we might reassure her that it’s for the best

I am sorry to hear about your child, but many of my patients are in your same situation. Hoping and waiting for things to improve. If there is an allergy diagnosed by allergy testing and aggressively treated, I am able help kids feel better until surgery is ultimately performed. But sounds like your baby has had no relief. Plus having other issues, like hypotonia, make it a more complex problem. Hopefully, your physicians will be able to resolve the problem soon.